Turning up the heat on net zero 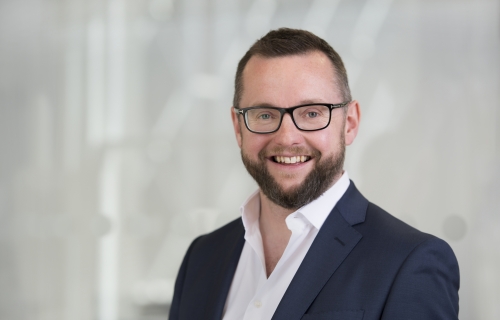 If the UK is to achieve its target of net zero carbon emissions by 2050, investment in renewable, energy-efficient technology is essential. The recent announcement by the government that it would commit to this target is clearly welcome. This ambitious legislation, an amendment to the 2008 Climate Change Act, will make Britain the first country in the world to legally commit to cutting emissions to zero by 2050. It follows the UN’s warning last year that the world has just 12 years to keep the global warming below 2°C, or face a climate change catastrophe. The UK’s Committee on Climate Change said that if other countries followed the UK’s example there would be a 50% chance of limiting the global temperature increase to 1.5°C. Central to meeting this target is not only developing new technology but also harnessing existing technology in innovative ways. One area that already has government support and which can be deployed today is district heating, also known as heat networks and private partnership is crucial to its success.

For the first time since the Industrial Revolution, Britain is obtaining more power from zero-carbon sources than from fossil fuels. The National Grid says clean energy has nudged ahead, generating 48% of power, compared with coal and gas, which now provides 47%. In order to make the shift away from fossil fuels permanent, continued investment in renewable alternatives including wind farms, solar panels, hydrogen gas boilers and heat pumps will be essential.

Thanks to falling costs, zero emission technologies like wind and solar are an economical source of energy and are growing rapidly. According to new research, solar power will be able to provide the UK with 20% of its electricity by 2030, while in March this year the government announced a deal which will ensure 30% of electricity comes from offshore wind also by 2030. Hydrogen is also enjoying increased momentum with many arguing that switching from gas to hydrogen boilers would eliminate the UK’s largest source of carbon dioxide.

However, one area that is currently being overlooked by industry is district heating, which could play a transformative role in achieving the UK’s new climate target. The way we heat our homes and workplaces poses the greatest challenge to the net zero target with heating accounting for around a third of UK carbon emissions, and 37% of energy consumption. In the UK, households buy gas which is piped into individual boilers, whereas district heating provides heat through an efficient, shared boiler. This method provides cost-effective, low-carbon heat, in the form of hot water or steam, from the point of generation – often referred to as the energy centre – to the end user through a network of insulated pipes.

District heating is a growing market which is set to exceed $250bn globally by 2024. While the UK has been slow to adopt it, it has been utilised successfully in Europe for more than forty years and in New York since 1882. Denmark is a prime example of a country which has benefitted from the implementation of wide-scale, sustainable heat networks. They are now used to provide heat to 63% of Danish households and as a result, carbon emissions in the country are 40% lower than those from individual gas boilers. This is starkly different to Denmark forty years ago when 90% of its energy came from imported oil until the 1973 oil crisis. As demonstrated around the globe, if millions more homes in the UK swapped their individual boilers to heat networks, there could be a significant reduction in carbon emissions.

Heat networks are highly efficient in their ability to capture and redistribute heat otherwise wasted by electricity power stations, factories, computer server farms and public transport systems. By capturing and funneling waste heat through networks, less energy is used overall and fewer emissions are produced. It is estimated that London wastes enough energy to heat around 70% in the capital. They are also able connect a wide range of heat sources including hydrogen, electric heat pumps, green gas, waste heat and solar at point of construction. It will also be possible to plug in further low carbon heating technologies to existing heat networks as they become available.

This technology could have an immediate and large scale impact on UK carbon dioxide levels, but more investment is needed. The recently launched Heat Networks Investment Project is providing up to £320m of funding to accelerate the development of heat networks in England and Wales. The  scheme which provides grant and loan finance opened to applications at the start of February and there are already projects in the pipeline that have secured funding from other sources, including the European Investment Bank (EIB), in Leeds, Solihull, Bristol, Bolton, Cheshire and Glamorgan. The government has also announced ambitious targets to connect 20 percent to all UK households to a heat network by 2030 and 40 percent by 2050. Up from just two percent (just under 200,000 nationwide).

In particular, private sector support will be vital and it is estimated that the longer-term private investment potential of UK heating networks is between £16.5 billion and £22 billion by 2030. A key part of the government’s strategy is to unlock this investment potential and the funding package recently announced is a good start. However, increased partnership between public and private sectors is needed to deliver the government’s vision for 2050, and a key element of Triple Point’s role in the project is to help identify viable opportunities from a pipeline that already exceeds £1bn pipeline of potential projects.