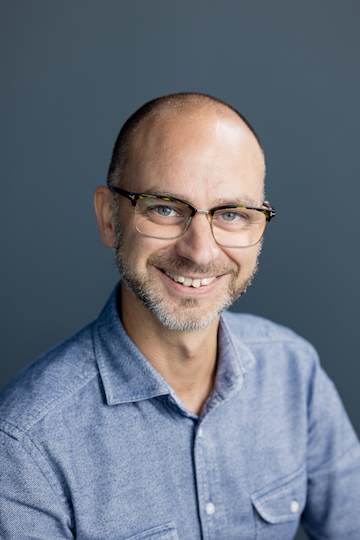 By Steve Brierley , CEO of Riverlane

The headlines emanating from the IPCC make for depressive reading as record temperatures are accompanied by predictions of worse to come.  But a new computing technology based on quantum theory will deliver the horsepower that could provide solutions to counter global warming and give us hope.

The scientific solutions to global warming are simple; we just need to store renewable energy cheaply, electrolyse water efficiently and capture CO2 effectively. The problem is existing computing systems are nowhere near able to replicate the complexity of atomic-level interactions that govern how batteries work, water is split into its constituent atoms, and materials interact with CO2.

A clear solution is the deployment of quantum computing as this can deliver speeds for these atomic-level calculations that are millions of times faster than the very best conventional computers in existence today.

"Anyone who claims to understand quantum theory is either lying or crazy,"

Quantum computing uses an entirely different approach to the conventional computers; without getting into the details, it uses the quantum concepts of superposition and entanglement to enable multi-dimensional computing. This means that a complex problem, that would be solved on classical computer one step at a time, can be solved in a single pass and this massively accelerates the process.

This will enable computers that are infinitely more powerful than any we know today. In fact, in 2019 Google claimed that its quantum computer completed a calculation in 200 seconds that would have taken IBM’s most powerful computer 10 000 years to complete.

Where this becomes truly important is in the determination of the physical universe where quantum computing could simulate billions of atoms across trillions of interactions and determine the quadrillion quadrillion of possible outcomes.

“ Nature isn't classical, dammit, and if you want to make a simulation of nature, you'd better make it
quantum mechanical ”

The simulation of nature is now close to possible with the advancement of quantum hardware, while quantum software companies like Riverlane are homing in on operational control systems for quantum computers.

The good news is that in the areas of concern for climate change, quantum computing is now on the cusp of being employed actively in the simulation of new materials and the innovation of scientific approaches that have the potential to limit and prevent the production of greenhouse gasses.

A major challenge is that our electricity networks effectively contain no facility for energy storage.  So while we can press on with the conversion to renewable power from wind and solar, the truth is that its adoption will be stymied until we can provide a way to store the energy.  The holy grail is the ultra low-cost battery that would cost a tenth or less of today’s Li-ion costs.

Current battery R&D relies on cycles of experimentation and computational simulation, with each cycle lasting multiple weeks.  Quantum Computing offers the ability to simulate every element of the battery chemistry in a virtual experiment at the atomic level.

Riverlane is currently engaged in this research programme with a focus on Lithium-Air batteries and enabling a quantum version of Moore’s law, where battery performance in the form of energy density will double every year.

One of the great conundrums in the battle against climate change is our failure to produce hydrogen from water efficiently. We currently generate hydrogen from the electrolysis of water with a 70-80 per cent efficiency and while that might sound reasonable, if it were a boiler it would be condemned.

The issue is the nature of water which, while ostensibly being a very simple molecule, is highly complex in the liquid state due to intermolecular bonding.

Quantum computers are already being employed to help in the search for efficient hydrogen production by simulating the electrolysis process. In 2020 Shell worked with physicists from Leiden University to do exactly this, and IonQ, a quantum computing technology company, successfully calculated the simulation of a water molecule on one of its quantum devices in 2019.

Carbon capture, usage, and storage (CCUS) will make up 50 per cent of heavy industry’s emissions reductions by 2050 according to the International Energy Authority.

Today, no cheap and readily available catalysts for CO2 reduction exist, as most techniques involve precious metals or expensive processes.  Quantum computers, through the simulation of quantum-level atomic interactions, could pave the way to discovering a new catalyst for carbon capture, heralding a new era of scrubbing CO2 directly out of the air, and into products like metals, plastics, and concrete.

The benefits of quantum computing in combatting climate change are clear and compelling.  The challenge is to take what to date has been a lab technology and to make it available at a production level.

The advances needed to deliver on operational quantum computing are in the process of being met and at Riverlane we have made huge strides in building the operating system that will run them.  Once built, these models and simulations will form a library of knowledge and allow us to evolve a deep understanding of nature and how to combat the existential threat of climate change.