Malaysia’s Ministry of Utilities is looking into incorporating large-scale solar energy into Sarawak’s power generation mix, with a projection of 4 per cent by 2030. Datuk Alice Jawan, Permanent Secretary at the Ministry, said that Sarawak’s power generation mix is primarily hydropower, complemented by indigenous coal and gas, with solar hybrid and micro hydro for off-grid generation in remote rural areas. She said: “Sarawak’s generation mix has transitioned significantly from predominantly fossil-based energy generation in 2010 to about 70 per cent hydropower today. Currently, solar generation is used to electrify remote rural villages as part of our off-grid solutions. In the near future, we are looking into incorporating more renewable energy like large-scale solar energy into our generation mix. This is projected to be about 4 per cent in 2030.” 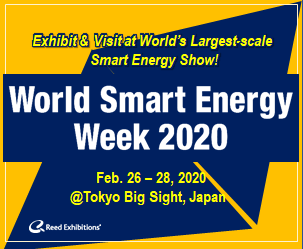 The Minister pointed out that Sarawak has challenging terrain, and that the dispersed population throughout makes it difficult for the main grid to reach the interior, and that therefore off-grid power generation is the best option for these remote rural areas. She also described the Sarawak Alternative Rural Electrification Scheme (SARES), a government-funded, community-owned alternative electricity generating solution using solar or micro hydro technology for about 300 of the most inaccessible villages. She stressed that the Ministry is fully committed to ensuring full electrification for all of Sarawak by 2025 through SARES and other rural electrification initiatives.