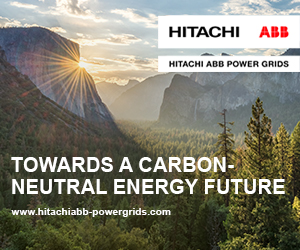 Mitsubishi has a generating capacity of 10.8 GW, including those currently under development, calculated based on ownership ratio. By 2030, Mitsubishi will double the power it gets from renewable energy sources from the 6.6 GW it had in 2019.

Mitsubishi is expected to speed up development of storage batteries to manage electricity supply and demand.

In the USA and Europe, Mitsubishi will promote development through its subsidiary Eneco, a Dutch renewable energy power generator it bought in March 2020 with Chubu Electric Power. Eneco mainly develops offshore wind power plants, with contracts including the Netherlands and Belgium. Mitsubishi is also seeking to expand its business in the USA through Nexamp, a Massachusetts solar power developer acquired in 2018.

Mitsubishi will drastically reduce coal- and gas-fired thermal power generation, which currently accounts for 70 per cent of its supply mix. The company will not develop new coal-fired plants and will gradually withdraw from existing facilities.