"Energy regulation, market intervention: what’s it all about?” A supplier’s view 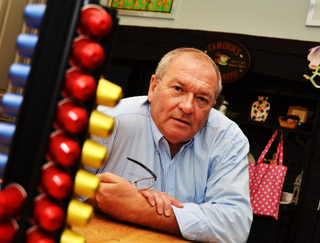 When five former energy regulators, including Professor Stephen Littlechild, and the electricity regulator for the 10 years post-privatisation, are questioning the regulation of the energy market (as they did in 2015 as part of the CMA Inquiry), I tend to listen and take stock. Littlechild & Co said it was time to dial-down the level of regulation in the UK energy sector.  Whereas there’s a body of opinion, among consumer groups, some politicans and sections of the press who would suggest that even more regulation is required. In my world, I’d call it intervention.

Running a small supplier that’s been supplying residential customers and businesses since 2001, I just want fair, proportionate and stable regulation. It’s easy to say but hard to achieve in practice and I have sympathy for OFGEM as they navigate through undoubtedly choppy waters. My question is where the OFGEM ship is heading: what is OFGEM’s direction of travel, what does OFGEM want to achieve?

We now have some 50 suppliers operating in the market, so there’s plenty of competition (admitttedly still domainated by the Big 6) but rather than having less regulation there has been more.  This has made it far more onerous and costly for small suppliers, holding many of us back from offering greater innovation and lower prices to the end-customer.

We have seen regulation-creep over the past 15 years.  Whether you like it or not, regulation of the supply market is here to stay, and despite the more important issue of Brexit, I still expect to see energy suppliers attacked by politcians of every persuasion for many years to come – despite what Dieter Helm has to say in his Energy Costs Review, due to be published in the autumn.

I don’t want to waste time looking at the rights and wrongs of regulation. It’s here to stay; we just need to make it work better for customers, the regulator and the  industry – and not forgetting our politcians.

The spectre of some sort of price cap remains, with Theresa May’s government passing the buck to Dermot Nolan though still apparently wanting to prod and push their political agenda from the sidelines.  The question why the government feels obliged to cap prices for consumers not inclined to switch suppliers, still hasn’t been adequately answered.

If you keep telling people they are paying too much, they will sooner or later take this as fact and we have consumers, the media and MPs of all parties complaining that energy suppliers, especially the Big 6, are ripping off consumers and are demanding government intervention.

The Compeition & Markets Authority said that customers were paying £1.4 billion too much even though the collective profits of suppliers didn’t add up to that and two of the Big6 were operating at a loss. Apparently the answer is to drive greedy energy suppliers to the wall by demanding cheap deals from a plethora of new entrants.  But do we really want 200 loss making suppliers with churning customers?

One supplier went bust last winter but wasn’t the focus of institutional vitriol. GB Energy promised a new approach and the cheapest prices and for 18 months they managed it,  right up to the point when they went bust having hiked their prices by 30%: too little, too late.  And what’s the outlook for this winter?  Is OFGEM heeding calls that suppliers should be “stress tested” as part of their licence to operate?  That’s what I would welcome with open arms and describe as sound and sensible regulation. More of that please, Dermot.

A price war isn’t necessarily good, and it’s no good for the rest of us as we (UK consumers).  will all eventually pick up part, if not all, of the estimated £25million shortfall in GB Energy’s accounts so its customers don’t lose their advanced payments.  And what if another independent supplier goes bust this winter? Not only will there be a cost to consumers but it will undermine consumer confidence in switching  to independent suppliers: music to the Big 6 as they fight to retain their maket share.

There is no evidence that cheaper prices cause people to use less energy, quite the reverse, so how does that fit with the aim of a sustainable energy supply? Drive the price down and we consume more. Turn the power off  and we’ll pay anything to get it back on.  Imagine our “First world” lives without electricity and gas? The truth is the real value of energy is only really appreciated when there’s a power cut.   Energy is really valuable and for what it does, it’s pretty cheap. Energy is strategically important, our economy and our lives depend on it and that’s why proportionate regulation is so important.

Government intervention and keeping the focus on price is no good for any of us. As Stephen Littlechild has said: ‘Regulatory interventions have been counter-productive….retail energy profits are not excessive, loyal customers are not being ripped off and there is no need to pressure consumers to be more active’.

I worry that if there is some form of price intervention by OFGEM, it will lead to less competition, kill investment and risk the country’s energy security.

Poor margins and unstable Government policy puts at risk investment in new generation and we can see it playing out with our ageing nuclear and thermal fleets and the costs we are all having to pay for their replacement. And Brexit may exacerbate this where foreign owners of the Big 6 may choose to allocate capital outside the UK.

Government policy has positively encouraged the switching mentality which has created so much price competition and such negative press about the Big 6. But the same government wants the Big 6 to invest and build new generation to replace our ageing fleet: contradictory in the extreme.

No one wants to countenance the effect of short term populism on long term investment, but more political interference and regulation may well lead to rising prices, a negative capacity margin and consequent rolling blackouts.

When five former energy regulators, including Professor Stephen Littlechild, and the electricity regulator for the 10 years post-privatisation, are questioning the regulation of the energy market (as they did in 2015 as part of the CMA Inquiry), I tend to listen and take stock.