The Welsh Assembly Government’s new energy policy statement is more “idealistic than realistic”, according to wind energy developer West Coast Energy. The company said that although the proposals outlined in A Low Carbon Revolution are rightly ambitious, it argues that a little more “pragmatism” is required for a realistic viable transition to a low carbon economy for Wales. 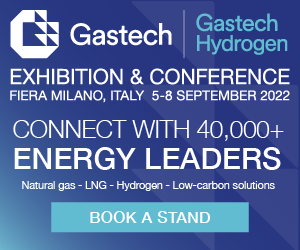 The strategy launched recently by Jane Davidson, Minister for Environment Sustainability and Housing for the Welsh Assembly Government, sets out the plan for the transition to a more sustainable economy, claiming that Wales has the potential to double the level of energy generated from renewable sources by 2025. It focuses on a three-tiered approach to maximise energy efficiency and proposes electricity production via secure and indigenous renewable means such as marine, wind, water and biomass.

Richard Fearnall, development manager for West Coast Energy, said: “Whilst the policy statement is welcomed and is rightly ambitious in some areas, it is cautious in others. Greater weight in delivering the proposed 48TWhr of renewable energy per annum by 2025 should be given to commercially viable, available and deliverable forms of generation, rather than more costly, immature or high-risk solutions. The total potential capacity form each type of technology stated in the document should not been seen as ceilings if Wales really wants to lead the world in low carbon energy. The Welsh Assembly Government needs to be realistic not idealistic, producing as much renewable energy as it can from each alternative technology.

“I am also concerned that the statement is vague where it needs to be precise. References are made to the provision of increased support to resolve the issues currently delaying the delivery of onshore wind projects, as well as greater support for ‘brownfield’, ‘community’ ‘localised’ and ‘small-scale’ generation through the planning process. However, the document is rather short on detail as to how this will be delivered.

“Reading between the lines, it looks as though we are going to have to continue to work hard to convince policy makers that onshore wind power is the most available and deliverable option. It should be given appropriate weighting in a proposal of this nature. There is too much emphasis on untried, untested and potentially unrealistic technologies.”

Ms Davidson said: “I believe that Wales should be at the forefront of the transition to a low carbon energy as part of the global fight against climate change. Energy – how we generate it and use it – is the key to meeting this challenge. The Energy Statement details how Wales has the potential to produce twice the amount of electricity it currently uses from renewable sources by 2025 – with about 40% coming from marine, a third from wind and the rest from sustainable bio-mass power or smaller projects using wind, solar, hydro or indigenous biomass. The potential is truly inspiring and I am confident that our Low Carbon Revolution will provide the right framework to realise this potential. Wales once led the way in carbon-based energy. Our goal now is to do the same for low carbon energy.”