Amidst an uncertain political climate, clean energy must remain a key government priority 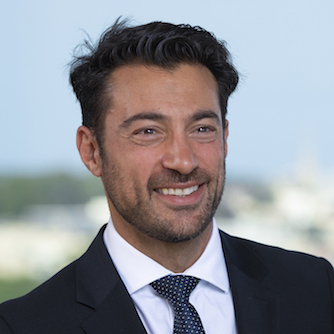 By Nick Shenken, Partner in the multi-disciplinary Clean Energy team at TLT

The clean energy sector is emerging into its next phase. With established technologies achieving economies of scale, the resultant learnings and cost reductions achieved mean that the industry can look forward to a bright post-subsidy future.

However, the absence of a need for subsidy does not mean that there is a lack of necessity around collaborative working amongst stakeholders, including government. Consequently, many within the industry were eagerly anticipating announcements within the Chancellor’s Budget designed to support the sector into its next growth phase. In the event however, the topic was not mentioned, ceding further ground to other priorities.

Many of those priorities are understandable – Brexit being a particularly notable example, where the debate has intensified still further since the introduction of the draft Withdrawal Bill. That said, many will view this as a lost opportunity (and perhaps symptomatic of a growing trend). As a result, the industry will be looking to the government to demonstrate its commitment to the sector and prove that it has not become a secondary concern.

Irrespective of the Brexit outcome, the climate change imperative and the latest warnings from the IPCC ensure that the clean energy agenda remains constant; meaning pressure to accelerate the UK’s transition into a clean energy economy will continue to mount accordingly. The sector has proven itself both entrepreneurial and resilient in the past and it continues to do so, rising to current challenges and delivering independently, although this has led many to speculate whether much more could have been achieved.

The recent statistics are positive. Wales generated almost half of its electricity consumption in 2017 from renewable sources. Scotland pushed over the 50% mark back in 2015 and is targeting 100% of its electricity consumption to come from renewable resources by 2020. This all contributes to recent energy statistics for the UK as a whole demonstrating that clean and renewable sources generated a record 29.3% of total UK electricity last year. Additionally, as alluded to above, we are now witnessing a shift of focus with new developments being pursued on a subsidy-free basis, along with a growth in new technologies such as battery storage, existing technologies such as gas peaking plant and a rising focus on electric vehicle charging infrastructure.

However, there are also clearly head winds. Uncertainty over Brexit and the future interrelationship between the UK and European electricity markets, the simultaneous shift to a non-subsidy environment and the recent decision from Europe leading to the immediate suspension of the capacity market (ploughing gas peaking generators and others into unknown waters until the position is resolved) would be naming only a few.

There is also uncertainty around the export element of the Feed-in-Tariff meaning that people putting additional capacity onto the network from their rooftop solar generation are not guaranteed to be paid a fair price. Claire Perry's announcement in parliament on 20 November 2018 that "solar power should not be provided to the grid for free" and that she would "shortly be announcing the next steps for small-scale renewables” is encouraging, but the detail is yet to follow.

It is therefore unsurprising that many will feel – now more than ever – that the government must do more to build on existing momentum and ensure the industry reaches its full potential. This doesn’t require reintroduction of subsidies, rather a focus on policies designed to encourage deployment.

Indeed, in a post-subsidy environment, the absence of "carrot" may need to be balanced with an element of "stick" if the government wants to achieve decarbonisation. This is brought even more sharply into focus when you consider that achievements towards targets for decarbonisation of heat and transport are significantly less impressive compared with the progress made in the context of electricity.

None of us will be bold enough to suggest we have all the answers, but many will question whether government could become more active in non-subsidy policy development to encourage further deployment.

For example, might planning policy be used as a source of that encouragement? Non-subsidy backed renewable generation projects require scale to achieve further cost savings and developers are therefore considering larger schemes. However, appetite often diminishes when it becomes evident that the project may stray above 50MW and thus trigger the need for the more costly Development Consent Order process (instead of a standard planning application). An increased DCO threshold for certain types of onshore clean energy generation could really stimulate increased interest.

Perhaps there also needs to be a call for an increased focus on planning requirements for new developments to adequately evaluate incorporation of electric vehicle charging infrastructure and/or other energy efficiency measures.

Furthermore, without subsidies providing immediate routes to market for energy generation developments, a greater emphasis could be placed on promoting Power Purchase Agreements (PPAs) with large corporates. Corporate PPAs are one of the ways in which the sector is evolving in the absence of financial support. However, if this model is to thrive, government might sensibly give some thought to what more it can do to encourage more power purchasing corporates with bankable balance sheets to enter and participate in the market. At present there simply aren't enough of them participating to sustain the growth required.

Whilst the latest Budget may frustrate many, nobody doubts that the potential of the clean energy sector remains strong. With the appropriate measures, the sector can be driven by investors and developers without subsidy support, making a significant contribution to the government's decarbonisation ambitions. Policymakers must therefore seize the initiative to ensure the UK fully benefits from this potential.